Skip to content
By Robyn CainOct 14, 2021
Share
Imagine, for a moment, that you’ve got it all. Fancy career, fast cars, prestige—all the things you’re told hard work can bring. And then, everything goes dark. Literally. What would you do? For Walt Raineri, there was only one option: adapt, get moving, and make the best of things.

As Walt tells it, he was zipping along the highway of life when the guillotine fell on his eyesight. The culprit was retinitis pigmentosa, a hereditary, degenerative eye disease. “I knew I was going to go blind,” Walt said. But knowing blindness was inevitable couldn’t prepare him for how he would emotionally respond to becoming visually impaired.

When his vision began to fade, Walt committed himself to mobility training. He was doing everything a visually-impaired person should do when he stumbled on a rock while walking with his cane through a busy intersection. He fell to the street, and was overwhelmed by frustration.

“I just lied there, face down, thinking to myself, ‘Wow, I did everything right. And it's still not enough. Is this going to be the rest of my life, doing everything right and not being able to function properly?”

In that lowest moment, when the light changed and cars began honking, Walt—still lying in the intersection—made a choice. “It was right then that I experienced this tipping point in my life,” he said. “It was that second that I began the mindset of ‘stop trying to be a poorly functioning sighted person and start being a highly functioning blind person.’ And from that moment, everything started to get easier.”

His mindset may have gotten “easier,” but the challenges grew harder. Walt had been an athlete growing up, and had a post-workday workout routine before losing his sight. After, he threw himself into sports—sailing, rowing, skiing, rock-climbing, cycling—as a means of coping with blindness. Losing his vision made the world feel smaller; challenging himself through sports made it bigger again. While there may be modifications to the way Walt participates in these sports, they are by no means simplified. In sailing and skiing, for example, there are sound beacons that let Walt know where the obstacles are. Walt has some ski trails memorized, but he largely listens for other people to avoid crashing. The dangers and challenges presented by each sport remain very real. That’s something that he says many sighted people take for granted.

Walt recalls skiing solo in Colorado when another skier recognized him as a legend on the mountain—the blind skier who had memorized all the trails. Walt assured him that he didn’t have all the trails memorized and suggested they try out one of the trails he was less familiar with.

“The thing about Nordic skiing is you have to be able to ski well uphill, and that's quite challenging. So we're about halfway through the ski, and he had really forgotten at all that I was blind. He was struggling to keep up with me… I got him to transition from it being a charity event to a holy-smokes-how-do-I-keep-up-with-my-friend event? That's really part of the fun of it: being able to demonstrate to people that you are relevant, that you can add something to the equation and that doing things together can sometimes be even more empowering.” 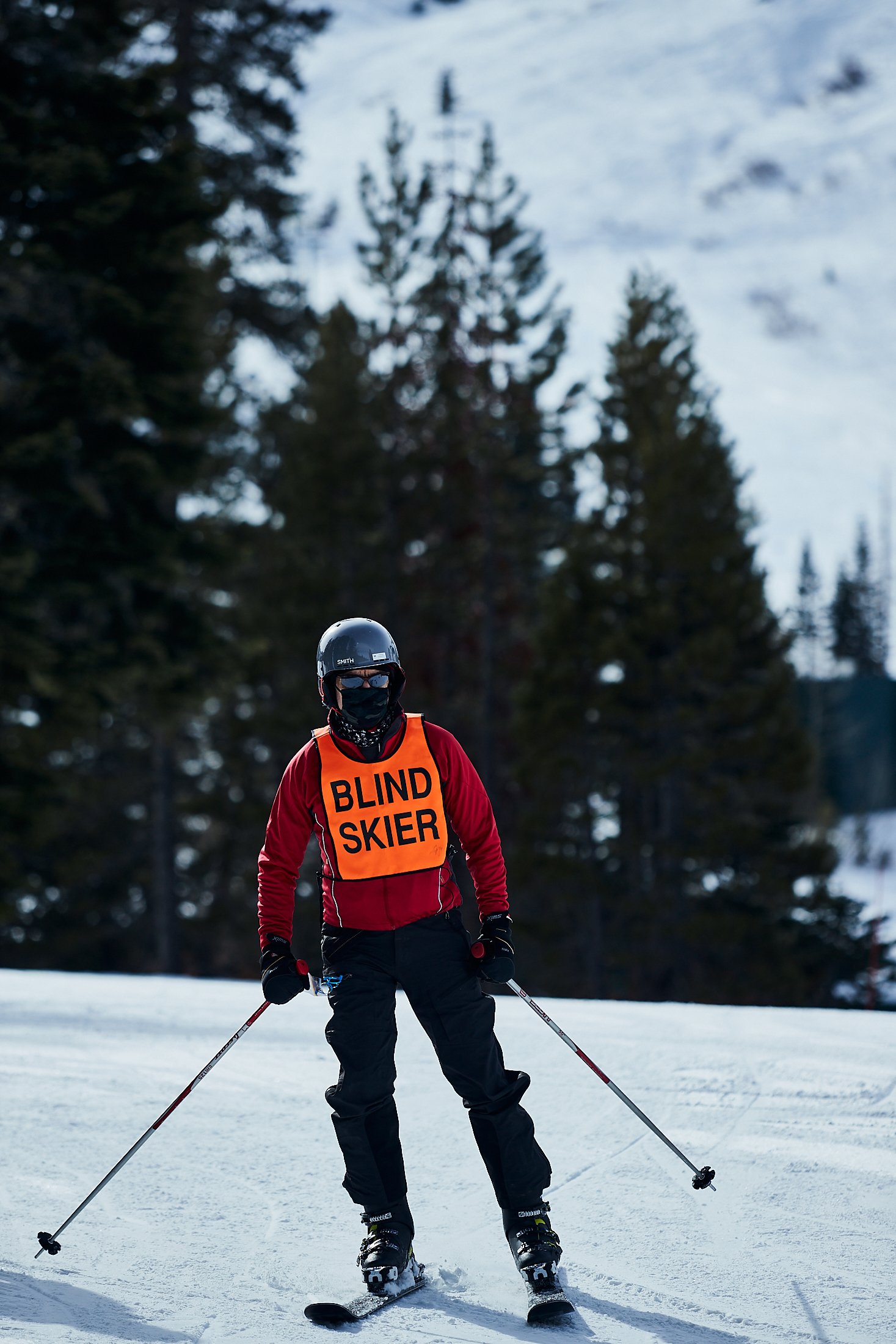 For Walt, sports have blasted out the walls that blindness built around him, but he knows that many visually-impaired people are still trapped by the frustration that can accompany blindness.

“The feeling of claustrophobia is real, it's tangible; it often results in a lot of sedentary behavior by visually impaired individuals. I found that this concept of moving at the speed of nature—getting out and doing things, engaging in activities—helped me with this sensation of pushing the walls out,” Walt said. “It's a matter of adaptation. It's a matter of understanding that, in any given moment, you can bring your skillset to the table. What you do with it is critically important because you can't prepare for everything.”

That tendency to embrace adaptation is also what drew Walt to the TRX Suspension Trainer. He took his first TRX class while on vacation in Mammoth in 2009, and immediately knew that he wanted his own straps at home.

“It was quite revolutionary for me to experience the intensity of a workout without using any weights, because I was very familiar with weight room activities—using weights or cables connected to weights—to work out. It was so fun to experience that you could achieve that with so little equipment; that with understanding the dynamics of how you can get your body to work against itself using this Suspension Training system, you can achieve the [same] level of intensity and muscle development. From that early beginning, it just worked its way into my routine on a pretty regular basis.”

Walt has been using his TRX Suspension Trainer for more than a decade, and he’s been so impressed by the opportunities it offers the visually-impaired that he reached out to TRX founder Randy Hetrick about creating TRX programming specifically for visually-impaired people.

“You have to integrate some kind of fitness into the life of a visually-impaired individual… I came up with this idea of creating a group of ambassadors, and [reaching] out to the visually-impaired community—not only the people who are visually-impaired, but their caregivers, families, supporters, and friends—to let them know that this isn't a reason to stop; there's equipment that is very affordable, that you can use wherever, whenever to stay fit,” Walt said. 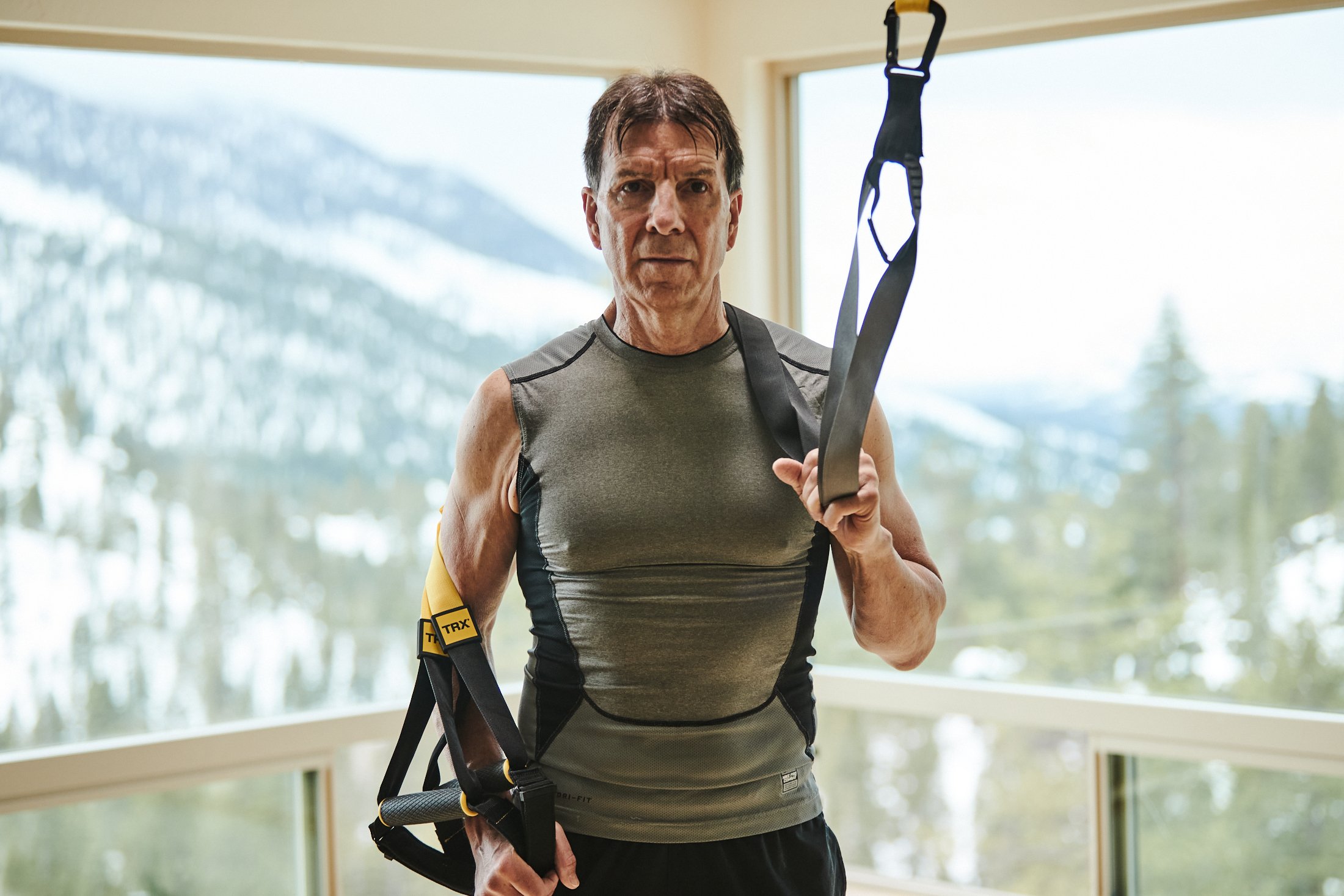 Just as Walt adapted to life as a visually-impaired person, his work with the TRX is helping the brand adapt to better ways of serving the blind community. For Walt, it’s part of the natural movement of life.

“How do you experience something tremendously physically-challenging, mentally-challenging, psychologically-challenging in your life and continue to move forward without mastering the concept of adapting?” he asked. “That's what the TRX equipment is: it's the ultimate form of adaptation. It's a mini-demonstration of life; that we all have to adapt.”