Resilience is a recurring theme in Glenn Beach’s life. Beach enlisted in the Navy in 1980, and began active duty in 1981, serving as a Gunner’s mate. He was among the peacekeeping troops deployed to Lebanon in 1983. His team saw combat while deployed, and they were stationed in the country when the Beirut Marine Barracks Bombing occurred. In his own words, Beach “survived the Navy,” and followed his military career with a second life in the robotics industry.

Tech was a natural fit for Beach. After 20 years in robotics, he started his own IT business. It’s work that’s kept him busy since 2001. But five years ago, Beach found himself facing another obstacle: Parkinson’s Disease.

One of the biggest problems with the disease for Beach was that he lost the dexterity in his left hand. “I wasn't able to type anymore because the Parkinson's had affected my ability to use my fingers normally on my left hand.” As an IT guy, Parkinson’s could have been a career-ender. But again, Beach focused on moving forward; this time, through fitness. 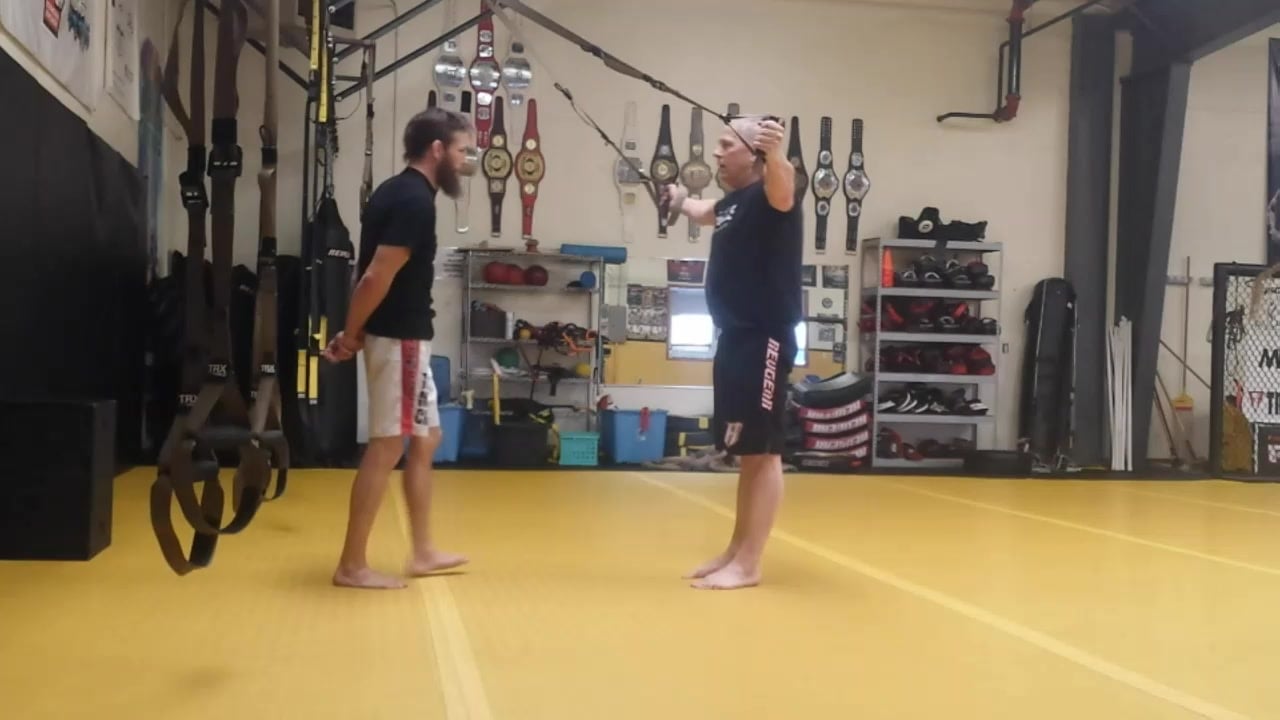 Around the time he was diagnosed, Beach met two people who would become a huge part of his life and his Parkinson’s management plan: Trials MMA founder Ryan Schultz and B-Bold founder Rustin Hughes. Beach started working with Schultz on boxing techniques as a way to manage his Parkinson’s symptoms, as with Hughes, who was a TRX instructor, on conditioning and stability work. “TRX became a critical part of my training, dealing with balance issues and, in general. strength issues. Even my fine motor skills and dexterity showed improvement,” Beach says.

Through his work with the TRX Suspension Trainer, Beach has gained at least 50 percent of the mobility back in his hand, and notes the dramatic improvement in his typing: he’s up to 30 words a minute, versus the five words a minute he was typing with only one hand. And the benefits weren’t limited to dexterity. “The TRX was instrumental in my general weight training, “ he adds. “I use that exclusively. I don't do any heavy barbells or dumb bells or anything along those lines in my weight training; it's strictly the TRX.”


In 2016, Beach helped Schultz formalize the Rock Steady Boxing program at Trials MMA. (Rock Steady, which has boxing classes across the country, is a program designed to slow the progression of Parkinson's symptoms through exercise.)“It took us nine months from when I started working with Ryan to actually get our coaching certifications and being able to bring the program to Trials MMA,” Beach recalls. “Rustin got actively involved in that from basically day one.” For those first nine months, Beach was the only person in the program. Now, there are about 32 clients who cycle through regularly.

Today, Beach, Schultz, and Hughes continue to work with both Rock Steady and B-Bold. “As my health improved and my symptoms reduced, I was able to become involved in the coaching phase,” Beach explains. “Although I'm more of a student than I am a coach, I coach on a part-time basis.”

To say that fitness is part of Beach’s everyday life is an understatement. Six days a week, Beach is at Trials working out with the Rock Steady and B-Bold crews. He even has a Suspension Trainer set up on his deck at home.

From his military service to his personal health, Glenn Beach has endured more challenges than most people will ever contemplate, and he has emerged from each one stronger than before. Through his work with Rock Steady and B-Bold, Beach is not only fighting back against Parkinson's Disease, he's helping other people in his community live healthier lives as well.