At 45, Rustin Hughes says he’s in the best shape of his life. It’s a bold claim, given Hughes’s background—he’s been competing in Mixed Martial Arts (MMA) for more than a decade. But Hughes also went through what most athletes would consider the ultimate setback. In 2014, he underwent an above-the-knee amputation due to complications from a blood clot in his femoral artery. 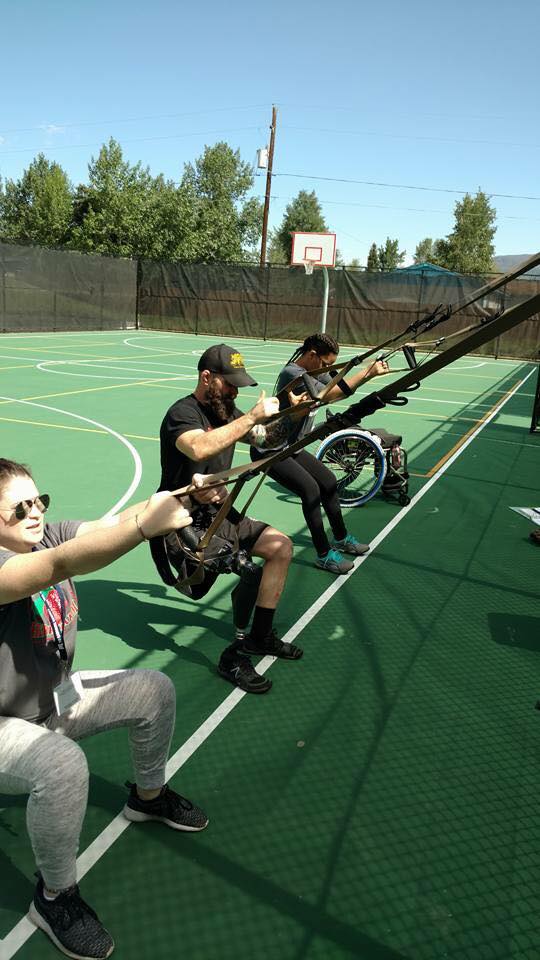 In the weeks leading up to the surgery, Hughes was already preparing for life without his leg. “I had already been working out with the TRX [Suspension Trainer]. I had been on the TRX quite a bit,” he said. “That was kind of my go-to workout. I was a little bit older than a lot of other fighters, so I had to really take care of my body and get the best kind of work out that I could possibly get. And I realized how beneficial the TRX was.” Hughes, a TRX Trainer, recognized the benefits of Suspension Training would help him as an adaptive athlete, so he began focusing on single-leg exercises before his surgery to improve his stability and balance. 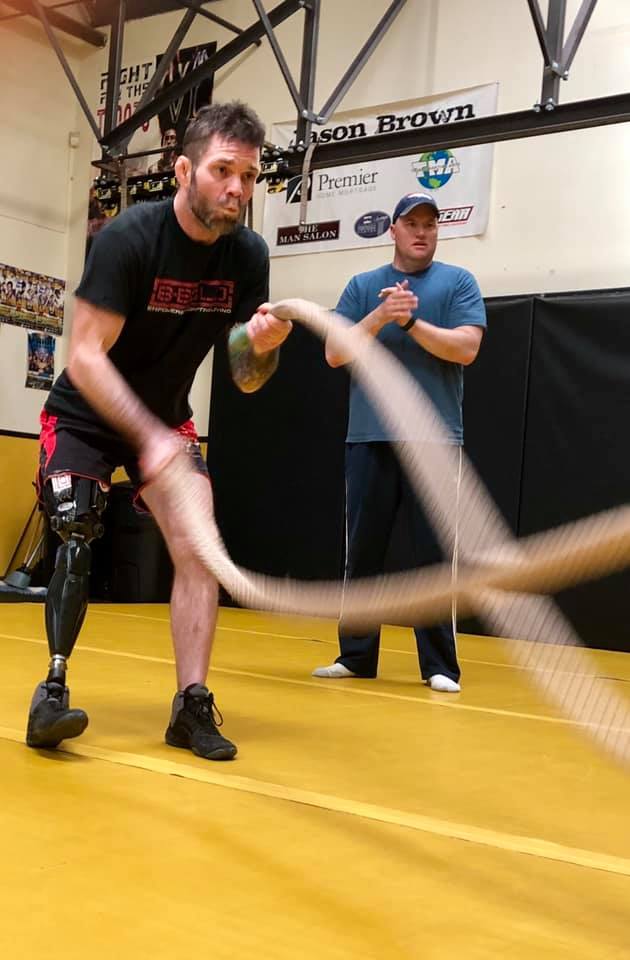 The TRX Suspension Trainer has been part of Hughes’s strength training routine from the beginning of his MMA days, through his amputation, and even when he was in a wheelchair following surgery. “I was able to do a lot of different things in my wheelchair that I was just like, ‘Wow, I didn't even realize that you could still do the same exercises while still in a wheelchair,’” he said. After the operation, Hughes’s primary objective was getting out of the hospital. “A lot of that was just through my own physical working out on my own, and a lot of it had to do with the TRX,” he said. “I had video of—I think it was two days after my amputation—I'm working out on the TRX.

Since that time, Hughes has become a recognized leading in adaptive training, creating and sharing his TRX programs with fellow adaptive athletes through No Barriers and his own non-profit organization, B-Bold.  “I didn't really know how I was going to adapt to all this stuff, but it was just kind of like I was shooting from the hip on every single person,” he admits. “If you're able-bodied or not, you're adapting to something, in a sense. Are we adapting because of a missing leg? Are we adapting just because the person has a tweaked knee? So it's just figuring out how to adapt.”

Today, with regular TRX training, Hughes says he feels stronger than ever. “I feel like if I would put my able-bodied self in front of me I could kick my able-bodied self's ass if I wanted to. That's how awesome I feel right now.”